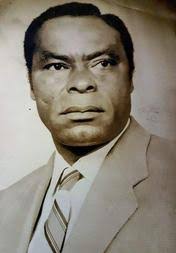 S.C. Tamajong was admitted to the Government College, Umuahia class of 1938 from the Government School Bamenda. The school closed down at the beginning of the Harmattan term in 1940 to serve as a Prisoners of War internment camp, and so with some of his classmates, including MCK Ajuluchukwu, Tamajong was sent as part of the Umuahia class to the Methodist College in Uzuakoli. In 1944, he went to the Forestry Training Institute, Moore Plantation, Ibadan, and trained as a Forestry Assistant. From 1946, after his training, he worked as a Forestry Assistant at the Forestry Herbarium in Ibadan, and as Forestry officer in charge of the Mamfe, and later, the Bamenda Forestry Stations. He studied for a degree in Botany at the University College Ibadan, from 1950-1956, and in 1958, earned a degree in Oxford in Forestry Management. He followed this later in1970 with the Master’s degree in Forestry from Oxford. He was appointed Assistant Conservator of the Forests in the Nigerian Civil Service from 1958-1960, until he transferred to the Cameroun Service in 1960 following the reunion of Southern Cameroun with the rest of the Camerouns after the plebiscite. From 1961 to 1972, S.C. Tamajong was the Chief Conservator of Forests in the Western Cameroons. He was appointed to the Western Cameroun’s Provincial Council from 1972-1976, from where he was appointed as the Inspector-General of the Republic of Cameroun’s Ministry of Agriculture in Yaoundé, and in 1977, Director and Head of the Forestry Management Division of the UN’ Food and Agricultural Organization, FAO, in Rome. From the Headquarters of FAO in Rome, he was seconded to the Lake Chad Basin Commission as Senior Adviser in 1980. From 1987 to his retirement in 1991, he served as the pioneer director of the Agriculture Training Institute in Ngala, in the Lake Chad region. After retirement from FAO in 1991, Simon Chening Tamajong helped to found the Bamenda University of Science and Technology (BUST) of which he was a Trustee until his death in 2008.