The Government College Umuahia was founded by Reverend Robert Fisher on January 29, 1929 when he opened the gates of the school to 25 students drawn from all parts of Nigeria and West Africa, but with catchment in Eastern Nigeria, and the Southern Cameroons.

The College began in 1929 as a teacher training institute and in 1930, converted to a secondary school. Fisher ran this school until 1939 when, at the start of the 2nd World War, he left for England on retirement and was replaced by W. N. Tolfree.

On July 4, 1940, the college was closed down and was used as an internement camp for German and Italians captured in the Cameroons during the second world war, despite strong protest by natives of region. Some of the students were sent to the Kings College Lagos, while the rest were distributed to missions schools around the region.

The college was reopened in 1941, by the colonial Education Department with the admittance of 19 students to Kings College as Umuahia Form I and 20 students the following year. In April 1943, the college was relocate to Umudike campus. Classes started officially on July 2, 1943, exactly 3 years after the college was closed down. Due to the damage of the campus during the occupation, it was decided that the students who were dispersed will finish education at their respective centers to the consternation of many stakeholders affected by the decision.

The college has drawn students from among the best performing from Nigeria and Southern Cameroons. It has world class classrooms and laboratories. Its students consistently achieve high scores in exam results at O-Level and A-Level. All students complete core courses in the Arts and Sciences.

Students participate in sports like cricket, hockey, handball and football There are two standard fields (the Upper and Lower fields), cricket pavilions, seven lawn tennis courts, basketball court; and Olympic-size track field. It has a nine-hole golf course; a botanical garden, and an aquarium.

The English artist and archeologist, Kenneth C. Murray, pioneered modern art education in Nigeria when he left Balliol College, Oxford and arrived Nigeria in 1927 to teach art. He taught art at the Government College Umuahia from 1933-1939 and started the Art Gallery which had in its collection, the works of C.C. Ibeto, Uthman Ibrahim, and the early charcoal drawings of Ben Enwonwu. The gallery was looted and destroyed during the Nigerian-Biafra civil war (1967–70), when the school was closed to serve as the General Staff Headquarters of the secessionist Republic of Biafra.

Verse 1
We lift our voice to thee, O Lord
To Thee we sing with one accord
To grant us through Thy Son Adored
The will to shine as one.

Verse 2
From Morning till the approach of Night
With humble minds, with all our might
We seek this gift which is Thy Light
The will to shine as one.

Verse 3
As all of us, or black or white
Beseech Thee now us to unite
That all may seek this gift Thy Light
The will to shine as one.

Verse 4
We beg thee now to show the way
That all of us may kneel and pray
And seek and keep from day to day
The will to shine as one. 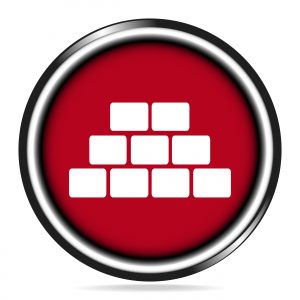 Buy a Brick and Immortalize a Name